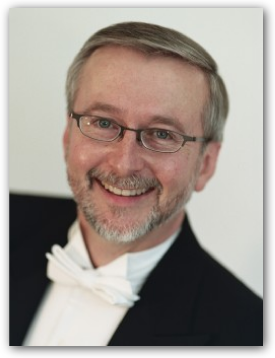 In July 2009, Peter became host of the long-running public radio program, “With Heart and Voice,” stepping in for show creator and long-time host Richard Gladwell on his illness and death. "With Heart and Voice” is a program of sacred choral and organ music, and is produced by WXXI Public Broadcasting in Rochester. It is syndicated nationally to over 100 stations in 36 states. In addition to stations around the country, the Rochester-based program can be heard live online on Sunday mornings 8-10 am at wxxi.org/listen, and each week’s national program is available for on-demand listening online at withheartandvoice.org.