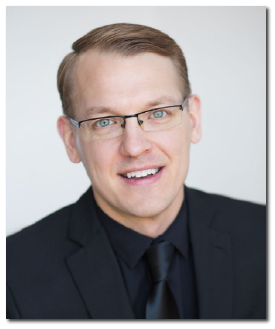 Jonathan William Moyer is the David S. Boe chair and associate professor of organ at Oberlin Conservatory of Music and is organist of the Church of the Covenant in Cleveland, OH. He has also been a visiting-lecturer in organ at the Hochschule für Musik in Lübeck, Germany. He specializes in a vast repertoire from the renaissance to the 21st century, and has performed throughout the United States, and in Europe and Japan. The Baltimore Sun has described his playing as "ever-expressive, stylish, and riveting." Cleveland Classical.com said of Moyer’s playing, “It's delightful to hear an organ recital where everything seems so right and the playing so much in the service of the instrument and the repertoire.”

Dr. Moyers holds degrees in organ and piano from Oberlin Conservatory of Music, the Peabody Institute of Music, and Bob Jones University. His teachers include Donald Sutherland, Gillian Weir, Olivier Latry, James David Christie, and Ann Schein. In 2008, he received the second prize in the Sixth International Musashino Organ Competition in Tokyo, Japan, and in 2005 he was a finalist in the St. Albans International Organ Competition.